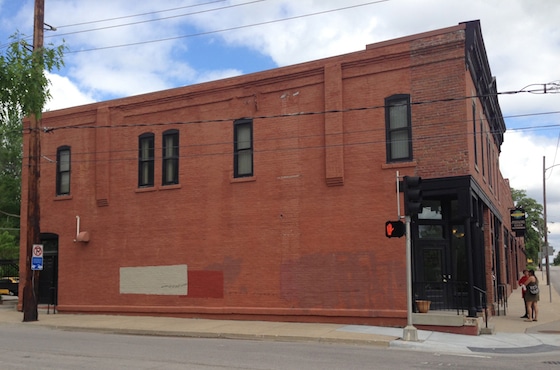 In mid-December 2012, the Greater Des Moines Public Art Foundation was approached about bringing back the artist team of Roberto Behar and Rosario Marquardt to create an exterior mural along the 6th Avenue Corridor. (In 2012, Behar and Marquardt were finalists on a major public art project in Des Moines, Iowa.)

They collaborate under the name R&R Studios, are known for their large-scale public art installations. They both have degrees in Architecture from the Universidad Nacional de Rosario. They have exhibited their work at the Museum of Contemporary Art in North Miami, the Fondation pour l’Architecture in Brussels and the Museo Nacional d’Arte in La Paz. Their work has been featured in numerous publications including The New York Times, Aula, Art in America, and Metropolis.

Roberto Behar and Rosario Marquardt, who were born in Argentina, are a Miami-based architect/artist team who collaborate to create work that moves between painting, installation, public art, architecture, and urbanism.

Like Us, Send this information on! All we need is love!