Tony Smith was one of the most influential artists of the 20th century. A sculptor, painter, and architect who apprenticed with Frank Lloyd Wright, he reached international fame in the 1960s and 1970s with his large-scale, geometric sculpture.

Tony Smith’s earliest sculptures date to his days spent quarantined from his family while he recovered from tuberculosis. The ample supply of medicine boxes used to treat his illness provided the medium for his small scale models and his imagination. Smith’s long career in architecture was also highly influential on his output as a sculptor, evidenced most directly in the large scale of his work and the building-like manner in which his shapes interact with their surrounding space. 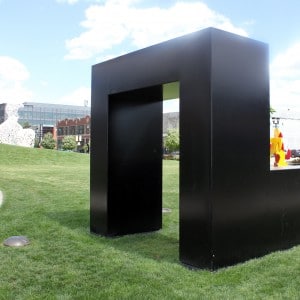 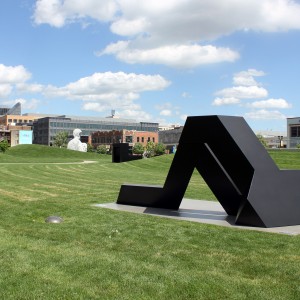