TJ Moberg is an artist and gallery owner. He has been commissioned to create private and public works in both contemporary and traditional forms. Through a collaborative relationship, Moberg creates works which are artistically and personally meaningful to both the client and artist. When he designs pieces that are intended for public spaces or gallery exhibits, he works from a more eclectic base of interest. In 2003, TJ and Jackie Moberg opened Moberg Gallery in Des Moines. As an art consultant, he has worked with many corporate clients, such as Aviva USA Headquarters in West Des Moines, as well as Mercy Medical Center. Website: www.mobergstudio.com Formerly the senior urban designer at RDG, Dennis Reynolds is the design director at LADCO Design Studio, a division of LADCO Development in Des Moines, Iowa.

He earned a BA in Economics and Fine Arts from Wheaton College and MLA in Urban Design at Kansas State University in 1982. Reynolds has directed design projects throughout the United States, ranging from office buildings, retail centers, sports and convention facilities, Olympic villages and healthcare projects. His work has received numerous design awards and has been published in USA Today and Stadia magazine. His projects have included: Nanjing Olympic Sports Park for the 2005 China Games in Nanjing, China; Birmingham, Alabama’s BJCC Convention and Entertainment District; Dubai Formula One Autodrome and Mixed-Use Development in the United Arab Emirates; and Ohio State University Neighborhood Revitalization Initiative. Website: www.ladcodevelopment.com/design/dennis_reynolds.shtml 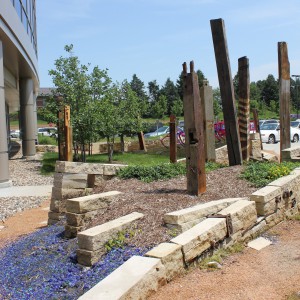