In 1981, at age 21 and while still an undergraduate, Lin won a public design competition for the Vietnam Veterans Memorial, in Washington D.C., beating out 1,441 other competition submissions. The black cut-stone masonry wall, with the names of 58,261 fallen soldiers carved into its face, was completed and dedicated in 1982. The wall is black granite and V-shaped, with one side pointing to the Lincoln Memorial and the other to the Washington Monument. Lin envisioned the shape as an opening or a wound in the earth to symbolize the grave and tragic loss of life. The design was initially controversial for its unconventional and nontraditional design. Opponents of the design also voiced objection because of Lin’s Asian heritage. The memorial has since become an important pilgrimage site for relatives and friends of the American military casualties in Vietnam, and personal tokens and mementos are left at the wall daily in their memory.

Maya Lin was born in Athens, Ohio. Her parents emigrated to the United States from People’s Republic of China in 1949 and settled in Ohio in 1958, one year before Maya Lin was born. Her father, Henry Huan Lin, was a ceramist and former dean of the Ohio University College of Fine Arts. She is the niece of Lin Huiyin, who is said to be the first female architect in China. Lin, having grown up surrounded by upper-class, educated, white people, has said that she “didn’t even realize” she was Chinese until later in life, and that it was not until her thirties that she had a desire to understand her cultural background. Commenting on her design for the Museum of Chinese in America in New York City, Lin attached a personal significance to the project being a Chinese-related project because she wanted her two daughters to “know that part of their heritage.” Today, Lin is married to Daniel Wolf, a New York photography dealer. They live in New York with their two daughters. 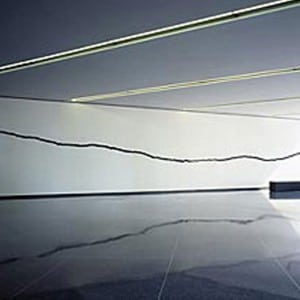