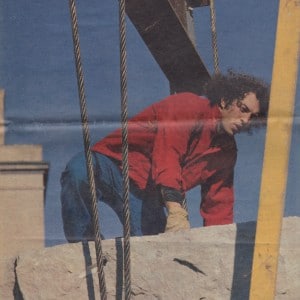 The only child of Ruth Henderickson and Rev. Glenn Lester Utterback, Luther Ellsworth Utterback was born in Texas on July 18, 1947. His family moved to Iowa where his father was the pastor of the famed Little Brown Church in Nashua, Iowa.

From an artist statement, published in 1990, he is quoted that by late 1960s “my architectural ideas as a child were translating into places and my total preoccupation with [the physics of] wave motion turned to quiet walks around trees.”

Utterback studied sculpture and drawing at the University of Iowa, and earned 1970 B.F.A., 1972 M.A., and 1973 M.F.A. degrees. During graduate school, he was a teaching assistant in sculpture and 3-D design classes, and, in 1974, served as an Instructor in Department of Art and Art History. From 1975 – 1976, he was a visiting artist at the University of Wisconsin-Platteville.

In 1976, following his father’s death, the disillusionment of his marriage, and financial problems, he left for New York – the City became his antidote and the milieu ignited a prolific series of drawings on Mylar, linen, and paper. Through the medium of drawing, he “began to celebrate [his] ideas about holes, digging holes, and planting trees.” Utterback was episodically drawn back to Iowa, but invariably returned to New York where he befriended kindred spirits like artists Christo and Jeanne-Claude, Joseph Kosuth, and Claes Oldenburg. In the 1980s, he traveled around the United States, as well as to Italy and Venezuela for extended sojourns, making vanguard work and produced two exhibitions in the port city of Bari, Italy. In 1994, he published a volume of his collected writings, Seminary Of The Wild: “Why Not” For The Wobble In The Wave, described as “searching and imaginative consideration of nature and solitude.”

In 1996, he returned to New York to pursue his “Dream Project.” The 1,000 acre planting reserve, comprised of multiple stone structures and land covenants, was unrealized. The artist died in May 28, 1997, at age 49, in Brooklyn, New York.

One-person gallery exhibitions were presented throughout his career in Iowa and New York. In addition, his artwork represented in corporate, private and public collections, including the Des Moines Art Center, Meredith Corporation, Smithsonian American Art Museum, and the University of Iowa Museum of Art. 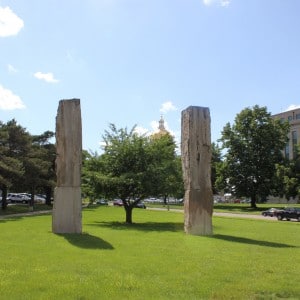 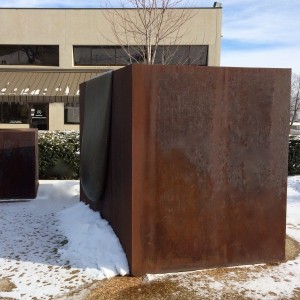