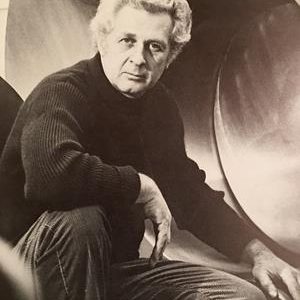 Julius Schmidt, Professor Emeritus of Sculpture at the University of Iowa,  was born in Stamford, CT, on June 2, 1923. He was the sixth of seven children born to Louis Frank Schmidt and Susie (Koment) Schmidt.

In 1941, he entered the Navy and served as an aerial gunner during World War II. Following discharge from the Navy, he enrolled at Oklahoma A & M College at Stillwater. He then earned a B.F.A. degree from Cranbrook Academy of Art in 1953 and for the next two years studied sculpture under Ossip Zadkine in Paris and at the Accademia di Belle Arti in Florence, Italy. He returned to Cranbrook in 1955 for the M.F.A. in sculpture.

Schmidt served as Chairman of the Sculpture Department at the Kansas City Art Institute from 1955-1959. He also taught at Rhode Island School of Design, University of CA at Berkeley and in 1962 was invited to head the Sculpture Department of Cranbrook Academy of Art. In 1970, he accepted a position as head of the graduate sculpture department at the University of Iowa, where he remained until his retirement in 1993.

Schmidt mainly worked in cast iron and bronze. His work reflected influences of ancient cultures, natural forms, and the machinery of the modern age. Synthesizing these elements, his sculptures were an exploration of the dichotomy between the natural and the mechanical. It was both an ancient and futuristic vision, as well as a representation of man’s place within a technological world.

Schmidt first introduced iron casting into the academic environment in the early 1960s when he was teaching at Cranbrook Academy of Art. Prior to the 1960s, most artists had to rely on commercial foundries to cast their sculpture. According to Schmidt, “entrusting the casting to foundry men, the sculptor never learned all he should about materials and processes and thus the range of his imagination and achievement was inhibited.” Through Schmidt’s drive for innovative techniques, such as adapting from industry the core sand process of mold making, combined with his intense dedication to research and his knowledge about materials and processes, he succeeded in putting the cast metal process directly into the hands of the sculptor.

His contributions to the art world and to the countless students he mentored garnered him the unofficial title, “grandfather of cast iron sculpture.” In 1998, Schmidt received the Outstanding Educator Award from the International Sculpture Center. He received numerous awards and honors, including being one of the artists represented in the 1959 exhibition, Sixteen Americans, Museum of Modern Art and receiving a Guggenheim Fellowship in 1964. He gained international recognition in 1963 with inclusion in the VII Bienal in Sao Paulo, Brazil and in Sculpture in the Open Air in London. He was also invited to the White House Festival of Arts in 1965.

His work appears in over 30 museums world-wide and in dozens of public and private collections, including the Art Institute of Chicago, Museum of Modern Art, Walker Art Center, Whitney Museum of American Art, Nelson-Atkins Museum, the Hirshhorn Museum and Sculpture Garden, Chase-Manhatten Bank, and the Nelson Rockefeller Collection. 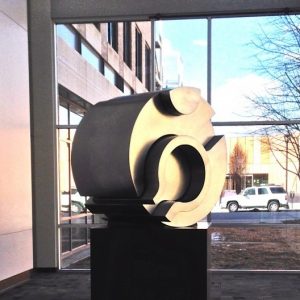