Judith Shea is best known for a series of works in bronze in which she creates empty clothing forms which suggest figures that are not present; some of her more recent work incorporates figures as well.

Shea studied art at the Parsons School of Design and graduated with a BFA in 1969. In 1994 she was granted a fellowship which allowed her to work at the American Academy in Rome and study the work of Gian Lorenzo Bernini and Michelangelo, among others.

In addition to these her work has been exhibited at The Barbican Art Centre, London; Centro Cultural de Arte Contemporaneo, Mexico, DF; The Guggenheim Museum, NY; Gulbenkian Foundation, Lisbon; The Indianapolis Museum of Art; The Laumeier Sculpture Garden and Museum, St. Louis; The List Gallery at MIT, Boston; The Museum of Fine Arts, Houston; The National Museum of Women in the Arts, Wash., D.C.; The New Museum, NY; The Pennsylvania Academy of the Fine Arts, Phila.; and P.S.1, NY.

Awards include The National Academy’s Dunwiddie Prize in Sculpture (2007); The Rome Prize, Trustees Award (1994); The Rockefeller Foundation Fellowship to Bellagio, Italy (1993); Fellow of the Augustus Saint-Gaudens Memorial in Cornish, NH (1993); The Solomon R Guggenheim Museum’s Sculptor in Residence at Chesterwood, MA (1989); and two National Endowment for the Arts Fellowships in Sculpture (1984, 1986).

Shea has taught at Yale University in the MFA program in sculpture; New York University, Graduate program; U.C. Davis; The San Francisco Art Institute; the School of the Museum of Fine Arts Boston; Parsons School of Design; and the Skowhegan School, among others.[/vc_column_text][vc_video link=”https://www.youtube.com/watch?v=alRNPkaB0qA”][/vc_column][/vc_row] 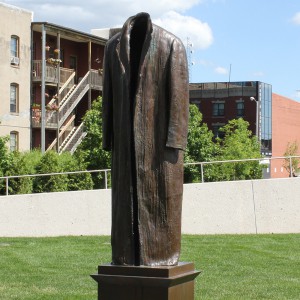