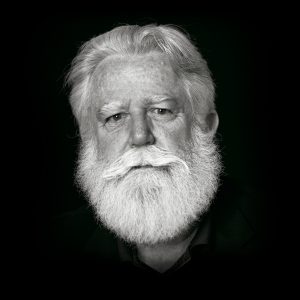 James Turrell is an American artist primarily concerned with light and space. Turrell was a MacArthur Fellow in 1984. He is represented by The Pace Gallery in New York. Turrell is best known for his work in progress, Roden Crater, located outside Flagstaff, Arizona, where he is turning a natural cinder volcanic crater into a massive naked-eye observatory.

Since the 1960s, James Turrell has created an expansive body of work that offers profound revelations about perception and the materiality of light. With their refined formal language and quiet, almost reverential atmospheres, his installations celebrate the optical and emotional effects of luminosity.

Turrell emerged as one of the foremost artists associated with what is known as the Light and Space movement, which began in Southern California in the mid-1960s. Building on his early research into sensory deprivation (particularly the Ganzfeld effect, in which viewers experience disorienting, unmodulated fields of color), his art encourages a state of reflexive vision that he calls “seeing yourself seeing,” wherein we become aware of the function of our own senses and of light as a tangible substance. These perceptual concerns are coupled with a deep commitment to the natural world and an interest in orienting his work around celestial events. The latter is manifested most fully in Turrell’s Roden Crater Project (1979– ), his magnum opus at an extinct volcano near Flagstaff, Arizona.

“I feel my work is made for one being, one individual. You could say that’s me, but that’s not really true. It’s for an idealized viewer. Sometimes I’m kind of cranky coming to see something. I saw the Mona Lisa when it was in L.A., saw it for 13 seconds and had to move on. But, you know, there’s this slow-food movement right now. Maybe we could also have a slow-art movement, and take an hour.[1]

Art critic John McDonald writes that Turrell’s works are “dull to describe but magical to experience.”[2] 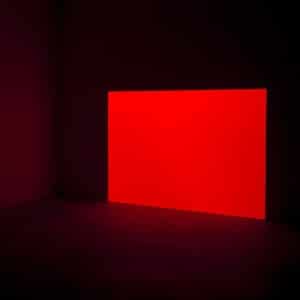