Born in Charleston, West Virginia, Hendricks currently lives in Houston, Texas and The Hamptons. With studios in Houston and New York, sculptor Edward Lee Hendricks has since his first exhibitions in New York and Houston in the early 1980’s, established himself as a nationally important artist who has pioneered the use of movement and balance in his elegantly crafted metal sculptures. This movement has been called Kinetic Sculpture. Embracing a personal philosophy of creating objects of beauty, grace, balance and ballet-like movement, Hendricks fashions stainless steel, aluminum and other metals into meticulously crafted forms that create for the viewer a contemplative, entrancing experience.

Hendricks’ work has been the subject of one person exhibitions in New York City, Houston, Los Angeles, Chicago, Atlanta, Washington D.C. and other major art centers around the United States.

His work has appeared in prestigious national publications such as Art in America, Artnews and Sculpture Magazine. Hendricks is highly recognized for his ability to create large scale works for site specific projects. 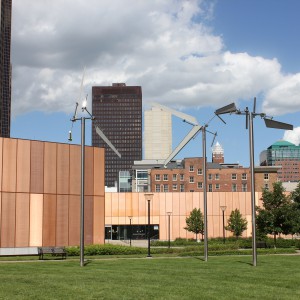 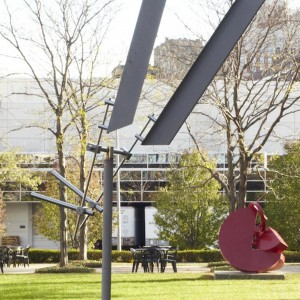