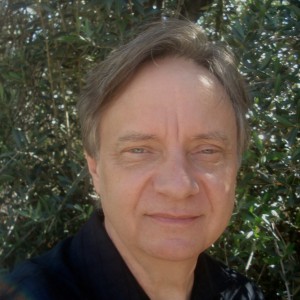 A native of Iowa, Doug Shelton is an experienced painter and muralist with a career spanning nearly 40 years. His murals can be seen in many public and private buildings across the country. He has worked on mural and decorative wall-painting projects with Evergreen Studios in New York, including painting the ceiling murals in the House Wing of the United States Capitol Building in Washington, D.C., and decorative painting in Fox Theatre in Tucson.After attending the academically focused American Academy of Art in Chicago for a year, he moved to the School of the Art Institute of Chicago and received a BFA in 1972.

As a child he began his art studies in the academic tradition of drawing, perspective, color and the accurate rendering of the play of light on form. His mural work usually begins with historical research into an era–including its environmental characteristics, fashion, and material objects–before a plan for depiction of the subject is finalized. A series of murals for the Roberta Ahmanson Hotel Pattee and Library in her birthplace of Perry, Iowa, depicted the development of the town from the Native American era through the rail transportation in the 1920s and 1930s. In his studio work, he creates scenes and narratives that give the viewer a feeling that s/he could step into a painting and become embroiled in an intriguing mystery. 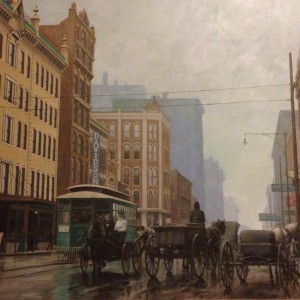 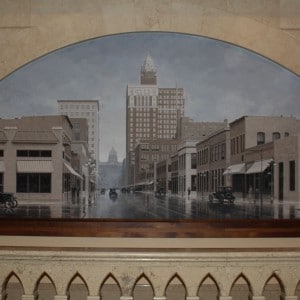