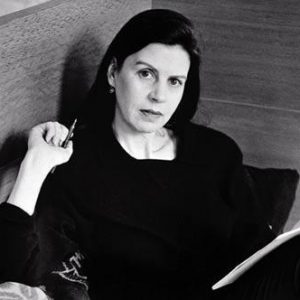 Coosje van Bruggen — an art historian, writer and curator whose professional partnership with her husband, artist Claes Oldenburg, turned ordinary objects into startling monuments around the world. Born to a physician in Groningen, van Bruggen studied history of art at the University of Groningen. From 1967 to 1971, she worked at the Stedelijk Museum in Amsterdam. There she worked with environmental artists like Doug Wheeler, Larry Bell, and the members of the Dutch avant-garde. Until 1976, van Bruggen taught at the Academy for Art and Industries in Enschede. In 1978, van Bruggen moved to New York, in 1993 she became a United States citizen.

Oldenburg and van Bruggen worked collaboratively since their initial meeting in 1976 and their subsequent marriage the following year until she died in 2009.

Van Bruggen, who became a U.S. citizen in 1993, continued to work independently throughout her career. She helped select artists for Documenta 7, the 1982 edition of a prestigious international contemporary art exhibition; contributed articles to Artforum magazine from 1983 to 1988; and served as senior critic in the sculpture department at Yale University School of Art in 1996-97.

As the years passed, she also played an increasingly prominent role in the “Large-Scale Projects” that the couple produced as a team.

Paul Schimmel, chief curator at the Museum of Contemporary Art, who met Van Bruggen in the 1970s, said he was immediately impressed by her seriousness.

“She was among the art historians most respected by artists,” he said Monday. “Thorough and rigorous, she left no stone unturned. She questioned everything. She was admired and, in some ways, feared a little because she didn’t accept any assumption. She was known for her almost scientific approach to looking at an artist’s oeuvre.”

“When she came to the world of creative artists, in collaborations with Claes, she had already developed her way of looking at things,” Schimmel said. “He was playful. He’s a draftsman; he begins with a sensual line. She looked at things with a much more conceptual and systematic approach. Although Claes was clearly well known for his public sculptures prior to their collaboration, I think it was really because of her and what she brought to the partnership that they were able to do so many important public commissions over the last 20 years. She provided a formidable balance to what Claes brought creatively.”

Their collaborative work has been the subject of about 40 exhibitions, including large surveys at MOCA, the National Gallery of Art in Washington, D.C., Museum Ludwig in Cologne and the Hayward and Serpentine galleries in London. 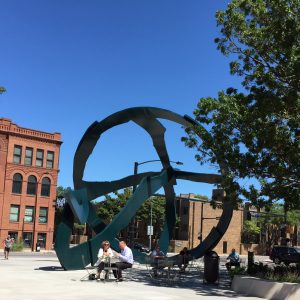 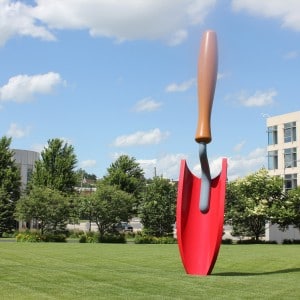