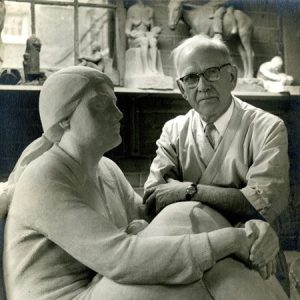 Christian Peterson emigrated from Denmark. As a young man, Peterson went to the Newark Technical School to study die cutting. In 1920, he became the apprentice of Boston artist Henry Hudson Kiston, who trained Peterson in a narrative and symbolic sculptural style often used for historic monuments. In the aftermath of World War I, demand for such specialized styles was in high demand. In 1928, Peterson moved to the Midwest with the regionalist notion that it was becoming the cultural center of the United States.

He settled in Chicago, with the intent of pursuing sculptural commissions full-time. The crippling blow of the Great Depression necessitated his return to commercial die cutting. By the 1940s Peterson had moved again, this time to Iowa State University in Ames at the request of Grant Wood. There, Peterson began his legendary 21-year tenure as one of the University’s most revered professors. In 1955, Peterson retired, but left a legacy of signature sculptures; the nucleus of Iowa State University’s expansive public art collection. 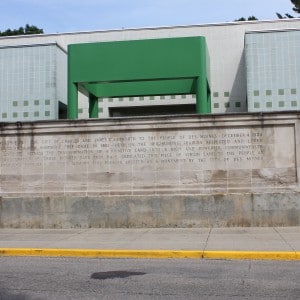