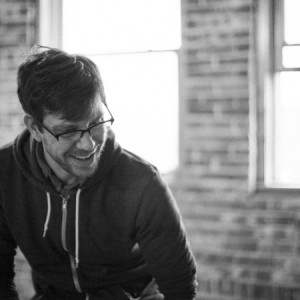 Painter and musician Alex Brown engaged the viewer with everyday images that emerge out of abstraction. The illusion is essential in his artwork; he took a completely recognizable object and challenged the viewer to see it anew. Often found photographs were used from postcards, travel brochures, and the Internet. Then a series of geometric transformations on that material was imposed which breaks the image up into pixels. Pixels have evolved over time from squares to overlapping circles and interlocking tile patterns. Sometimes images are composed into dots and points. Images appear out of their disorganized forms like apparitions.

Brown’s work is reminiscent of the 20th Century optical illusion paintings of Victor Vasarely, as well as the work of the 19th Century artist Georges Seurat whose revolutionary new painting technique inspired an art movement. [Georges Seurat, the celebrated French Post-Impressionist painter, devised the “pointillist” technique where by tiny juxtaposed dots of multi-colored paint allow the viewer’s eye to blend colors optically, rather than having the colors physically blended on the canvas).

Brown’s process embraced humor and the joy of discovering an image that at first appears hidden, only to materialize out of shape and color.

Alex Brown was born in 1966 in Des Moines, Iowa, and earned a BFA in 1991 from Parsons School of Design, New York. In addition to his close association and frequent exhibitions with Hudson, his dealer at Feature Inc., Brown had solo shows at Gallery Min Min, Tokyo; Blondeau Fine Art Services, Geneva; and Twig Gallery, Brussels. Brown also played guitar in the seminal hardcore punk band Gorilla Biscuits. He died in 2019 at age fifty-two following an aneurysm.

“I think that the paintings are merely voyeuristic due to the fact that the images are not mine and I find myself looking for a story within them—a story which I try to expose by boiling out the proverbial impurities,” Brown said in a 1999 ArtForum interview.

“There does exist a rather quiet, if not silent, conversation between the paintings—one that arises not so much out of a common theme as out of a common hand. The subjects in the most recent work have become less of a statement and more of a simple means to an end . . . [They] embrace this amorphic, nebulous middle-ground between the simple pleasure of re-creating something recognizable and cogent, and the sheer frustration of losing that object/image.” 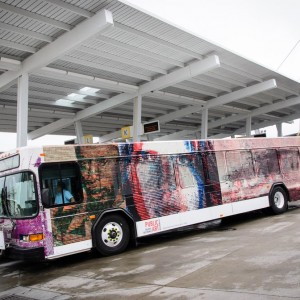