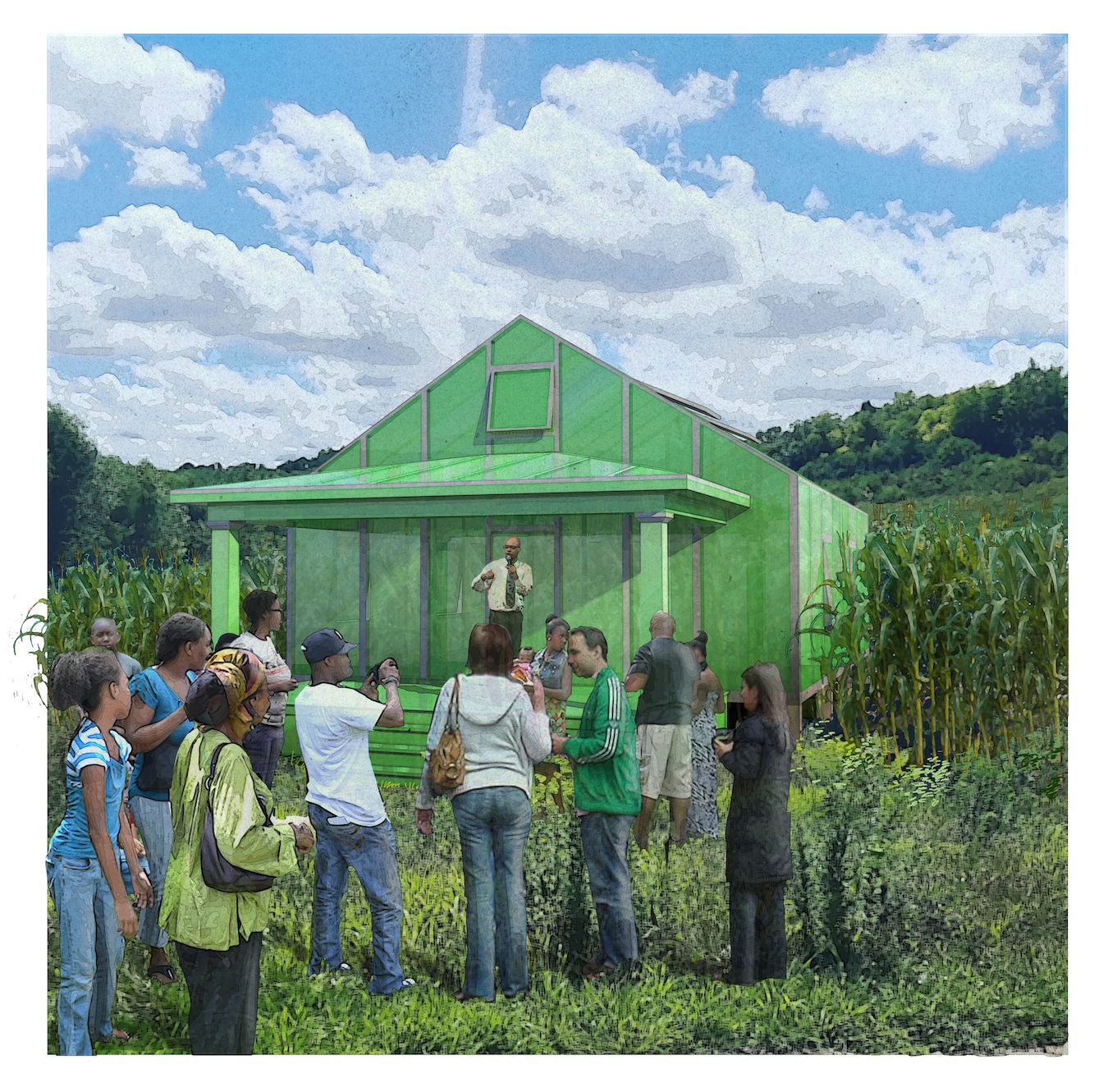 Jordan J. Weber of Des Moines, Iowa joins a growing body of artists that the arts organization called A Blade of Grass (ABOG) supports through a ABOG Fellowship. Weber is one of six artists and two collectives to each receive $20,000 in unrestricted funding for projects that will be realized across the United States.

Weber will create 4MX Greenhouse (4 Malcolm X Greenhouse), a sculptural and programmatic artwork built on a philosophy of four pillars of health: Malcolm X’s legacy of self- empowerment and determination; soil and air cleansing; spiritual reflection and meditation; and medicinal and food supply.

The greenhouse will be in the shape of Malcolm X’s birth house— a single-family residence to symbolize safety, independence, and financial accomplishment.  Constructed with vibrant green translucent panels, the structure also evokes the Emerald City’s suspect promises of prosperity.

The greenhouse will be constructed on Malcolm X’s  birth site in North Omaha, Nebraska, a neighborhood with a history of poverty and social and economic challenges defined by racial boundaries and food desert status.  This project joins those living in a poverty-stricken neighborhood to collectively open the landscape for a new urbanism.  It draws us toward future constructs where art and acting upon one’s immediate environment are common practice for new sustainable societies.

4MX Greenhouse will produce food crops and act as the site of spiritual practice and other community-based programming. It celebrates and builds from the power of community connections and self sufficiency.

“4 Malcom X Greenhouse (4MX) is a sculptural and programmatic artwork built from the idea of individual and community holistic health. It promotes what I believe to be Malcolm X’s greatest contribution as an agent of positive social change in America: that of self-empowerment,”  explained Jordan Weber. “I understand individual, community, and environmental health as an indivisible continuum.”

Among the artist’s objectives is for the “greenhouse [to] produce food crops that are free to the community and will also be sold at locally owned businesses such as the Fair Deal grocery store and served in prepared foods at the Fair Deal Café.” Weber stated in his proposal that “the Fair Deal businesses are providing a gardener staff position to oversee crop production. This point of the project’s broad integration supports the greenhouse’s financial independence and keeps more of the project’s economy contained within the neighborhood.”

For more information about 4MX Greenhouse.