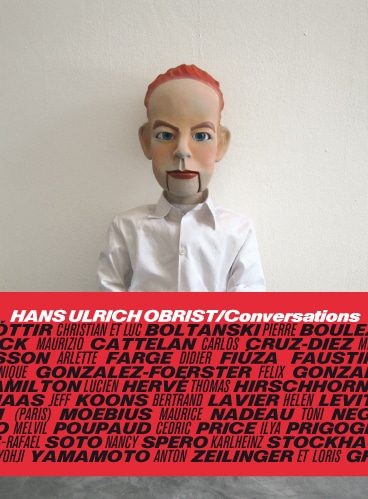 The art that Hans-Ulrich Obrist is most passionate about doesn’t hang on walls and often doesn’t have a permanent emanation. It can take the form of a dance or a game or a science experiment, and often leaves nothing behind but memories and an exhibition catalog. (Obrist has published more than two hundred catalogues.) He looks for work that responds to the current moment or anticipates the moment after this one—Obrist is obsessed with the not-yet-done. His favorite question is “Do you have any unfinished or unrealized projects?”

Much of the work that fits his ephemeral aesthetic could be called “relational art,” a term coined by the Parisian curator Nicolas Bourriaud in the 1990s to describe work whose content cannot be separated from its communal reception.

Every year, Obrist, who is Director of International Projects at the Serpentine Gallery in London, holds a Marathon—a festival that coalesces what Obrist has learned from his travels and his reading and his interviewing. It is a combination of exhibitions, performances, and panels, with writers, visual artists, and cultural historians mixed in freely. The first Marathon, in 2006, was a twenty-four-hour rolling interview session that Obrist co-hosted with Rem Koolhaas.

In 2015, Obrist conceived with the French curator Simon Castets, was called “89plus,” and focused on people born in 1989 or later. Without forecasting artistic trends or predicting future creation, 89plus manifests itself through panels, books, periodicals, exhibitions and residencies, bringing together individuals from a generation whose voices are only starting to be heard, yet which accounts for almost half of the world’s population.

89plus has also developed a series of residencies with various partners internationally including the Park Avenue Armory in New York, the agnès b. / Tara Oceans Polar Circle Expedition, and the Google Cultural Institute in Paris, which culminated in a one night exhibition at Fondation Cartier, Paris. Also in Paris, 89plus presented a video screening on the Filter Bubble as part of Prospectif Cinéma program at Centre Pompidou.

89plus is calling for artists, writers, architects, filmmakers, musicians, designers, scientists and technologists.

Hans-Ulrich Obrist (born 1968) is an art curator, critic and historian of art. He is the author of The Interview Project, an extensive ongoing project of interviews.